We were invited four years ago when it was last held in Orlando and we loved it. So of course when we found out it was again going to take place in Orlando this year, we knew we could not miss it.

Tickets went on sale months ago and fan from different parts of the globe were present at the celebration and the atmosphere was just like the previous time I was at the convention. That is to say it was filled with contagious excitement…And everywhere I looked, I saw fans in costumes, exhibits, screenings, and exclusive merchandise that fans could not wait to get their hands on…Some of the stands were sold out of merchandise within a few hours.

There were celebrity guests, panels, autograph sessions, fan-inspired activities and amazing displays like the Gentle Giant and 3D Systems…. Which had a life sized jabba the Hutt which was nothing less than realistic and was the reunion point for many of the princess Leia slaves…Really impressive.

The good mood and joyous feeling was tangible as soon as we walked in the convention center and saw storm troopers and other Star Wars characters. It was like stepping in to another galaxy, one far, far away…

While there was a lot to see, one of my favorite things in the celebration, was the fans and how they are all so ready to walk around in their costumes. Some of them as good as the ones you expect to see on a movie set and the fact that they are ready to roll play and allow other fans like me that did not dress up to take photos makes this a very unique experience.

There was lot to see and the scenario was constantly changing as new fans in costumes joined the celebration…The mashup costumes (where they combine 2 characters into one, such as Kermit Storm Trooper, or a favorite that I got a photo with of Snow White / Boba Fett) were amazing and the number of families with members of all ages was truly incredible. Kids 5 and under were admitted for free to Star Wars Celebration Orlando and did not need a ticket.

Kids 6-12 were required to purchase a Kids Ticket. The tickets were $65.00 for the adults for a day pass except for Saturday which was $65.00 for adults if bought preshow or $75.00 if bought on site. The kid’s tickets were $35.00 if bought pre show or $43.00 on site for the day pass for kids. While the event is very family friendly, you will see lots of women in skimpy costumes, so keep that in mind if that presents a problem for you.

The Star Wars Celebration, is a four day event :

We spent most of the time walking around and looking at the different displays and stages as there was a lot of memorabilia….Lucky little me got in line to go through the Rancho Obi-Wan, exhibit and happened to be luck visitor number 1138 (a common recurring number in Star Wars) and won an Obi Wan T-Shirt…I was as excited as if I had won the lottery. Thanks Mr. Rich Smolen!

If all the excitement of the day was not enough, you could also go to the after party held by the 501st (if you were lucky enough to get one of the sold out tickets). The 501st Legion,( also known as the 501st Battalion) which was an elite military division of the Grand Army of the Republic. Comprising highly-trained clone troopers engineered by Kaminoan cloners, the 501st served under the command of the Jedi Knight Anakin Skywalker throughout the Clone Wars.

On this occasion, the 501st was celebrating their 20th anniversary and threw the big party to celebrate. The party took place at the Hyatt Regency hotel in Orlando and featured honorary 501st member Weird Al Yakovich who performed for close to an hour… The acoustics in the room were awful and it was close to impossible to understand what weird Al was singing except when it came to the finale of Yoda (a play on the Kinks song Lola) that had everyone singing, but if I had to be honest, nobody seemed to care and everyone seemed to enjoy the concert and the party no matter what.

I personally had a great time and even got to take a photo with Billy D Williams (Lando Calrissian).

« Ready for Summer? Then you Need a Pair of Telic Comfortable Sandals!
BedVoyage Bamboo Crib Sheet Sets- An Eco-friendly Option for your Baby’s Nursery » 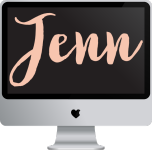